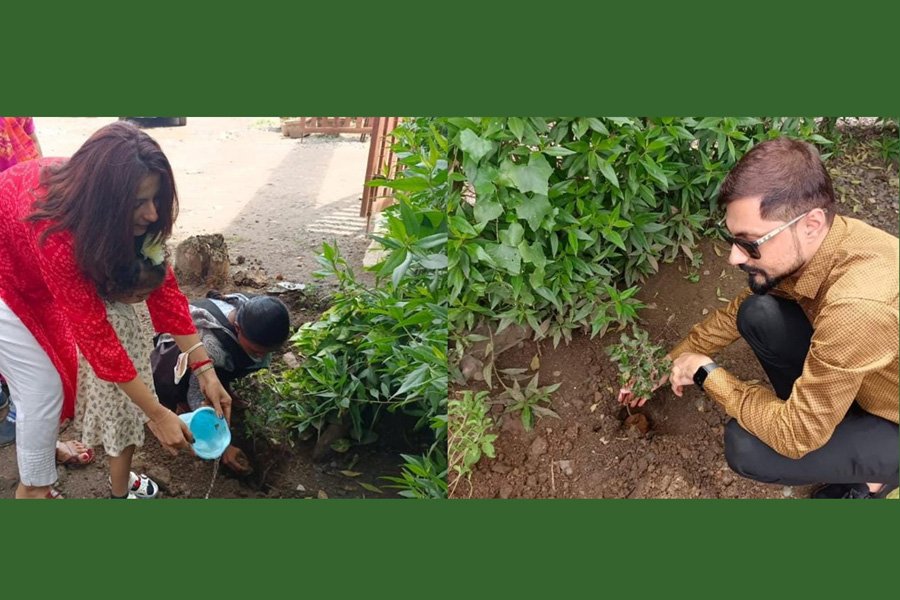 Surat, Gujarat: On the First death anniversary of late Mr Shashikant Shantilal Vakharia, His Grand Child Niti Vakharia Kharwar & Family had a Tree plantation for his remembrance at Old Age Home At Mahadevnagar.

Jiyana was lucky to be part of this tree plantation. As He sang lohri for him n did jhula too. Thanks to Jignesh Gandhi for making this event a great success.

Late Shashikant Shantilal Vakharia was a very simple but decent man. A simple down to earth person always helped others.

Marpu Foundation: Leading the Way in Sustainable Development and Volunteering in India

Rahul Borole, a young and dynamic social worker and politician, gained widespread recognition for his philanthropic work around Aurangabad

Abdullah Rafaah- the Whizz Entrepreneur who has made it big in the entertainment industry through...

SignDesk and Microsoft partner to drive the next phase of document automation, powered by Azure