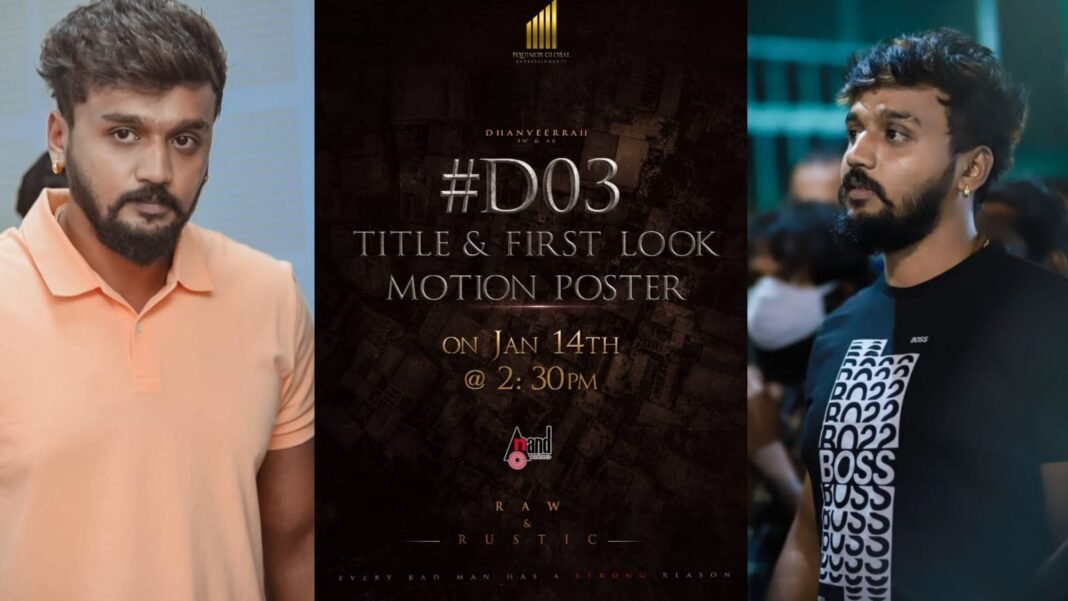 Bazaar Hero Shokdaar Dhanveerrah is gearing up for his third outing. He entered the Kannada Film industry with Bazaar which hit a sixer with its success. He is now ready with his third film.

Shankar Raman, a scriptwriter for Kannada and Telugu films, is now debuting as a director. Shankar Raman, a 13-year veteran in the film industry is preparing an action entertainer with Mafia world as the core subject. Dhanveerrah is very excited about the film. The unveiling of the motion poster and the title will be done on January 14.

Chetan Kumar Gowda will be investing in Dhanveerrah’s third cinema which is not yet named, under the banner of Equinox Global Entertainment Productions.

Four Walls trailer is being appreciated

Serving the people is the biggest human religion: Pavan Sindhi