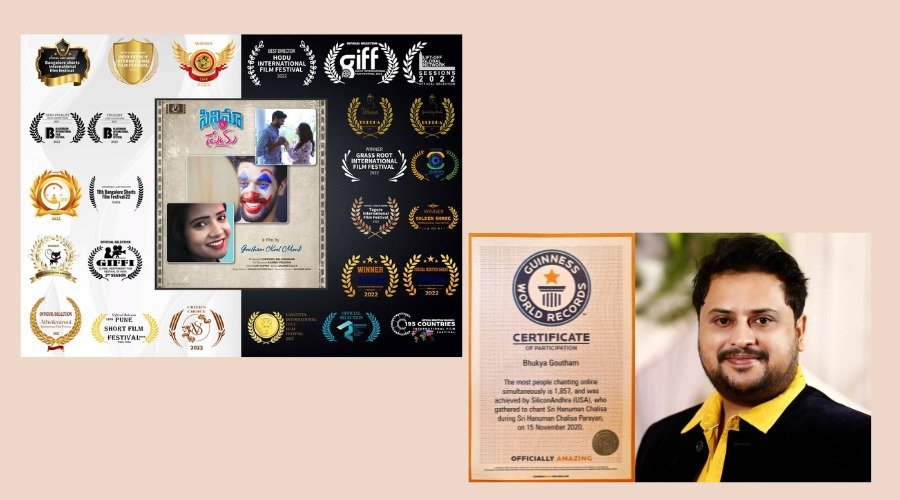 Goutham Kool Monk is an actor, filmmaker and television personality, who primarily works in cinema. He has launched the careers of several successful actors under his direction. The recipient of several accolades, including two Nandi Award and 19+ International Awards, he has been honoured with Guinness Book of World Record.

After completing his Aircraft maintenance engineering, he made his directorial debut with the short film Think Twice, which earned him the Nandi Award as a recognition of stellar work. His next short film, Cinema Vs Prema (2022) is both commercially and critically successful. This amazingly packed short film bagged 19+ International Awards and still going on receiving awards with its powerful gesture.

As an actor Goutham worked in many films including, Aravind 2, Alaa, Raju Maharaju, Sashi Rekha Parinayam, Hrudayam Ekkadunnadi, Swimming Pool. He made his full-fledged acting debut as a hero in Call Center, Goutham earned lots of appreciation for his performance in the film. For his participation in Hanuman Chalisa, he is in Guinness book of world records 2020.

Goutham has also ventured into other avenues of the entertainment industry. He worked as a hero in Srimati Sri Serial on Gemini TV.

For his big announcement, Goutham revealed that his preproduction work is going for web series direction. It’s an action-packed entertainer with suspense. Soon it will go on to the floors, with announcement of its title, project details and casting. Parallelly, he is planning another thriller film project.

As in future, his main aim to focus on Direction and Production to encourage new upcoming talents in the industry.

Akhil Sachdeva’s love ballad O Sanam featuring Sara Gurpal is the right mix of melody and poetry, hitting home with people across the board

The story of Sharath Srinivasan starts from his childhood where he has humble beginnings, he...